I’ve gotten a total of nine hours sleep over the last two days – not counting the snippets of time spent inadvertently snoring or drooling on the commuter train.  Surprisingly, I awoke the last two mornings feeling more refreshed than I have on the rare occasions that my nightly sleep reaches or exceeds seven hours.  Anticipation is the reason.  I think it may be life’s cosmic caffeine boost.  There’s been no difference in my training regimen, eating habits, nightly routine.  Hope is the only reason I’m rested without rest. 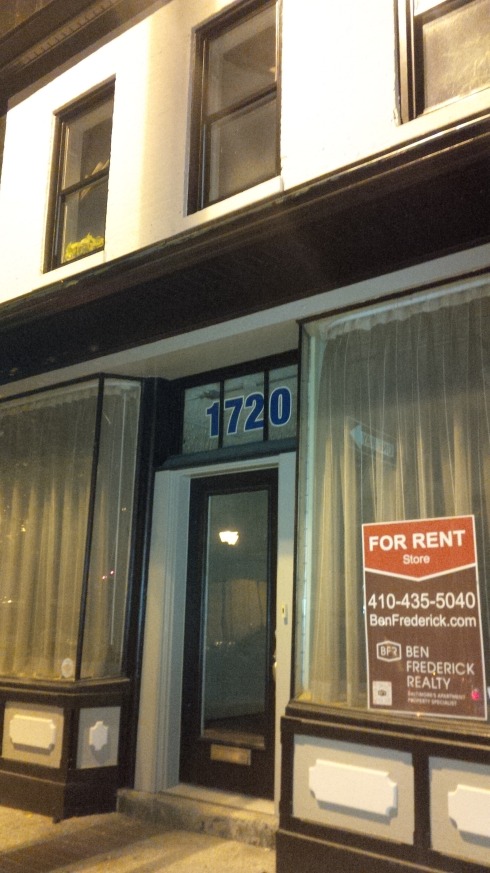 This storefront – five blocks down the street from my house, a block up the street from one of the city’s high foot traffic restaurant areas – may soon be mine.  They’ve had my financials for more than twenty-four hours; they told me it would take no more than forty-eight to know whether my person and my vision are things they want to gamble on by granting a commercial lease.

I’m one giant step closer to adding baker-by-day to my life of Sijeh-by-night!  It’s going to be a long weekend if I don’t hear anything today.  But I suspect it’ll be the most exciting sleepless weekend of my life… however the crumbs may fall.