‎I’m spoiled. This is not a revelation, actually. I’m an only child, and my mother was loving, though critical. Today, however, I learned that I’m even spoiled in the context of kung fu tournaments. Though I know they are all-day events that are often chaotic in their administration, I’m used to doing my thing and being out the door in no more than two hours. But not today.

For reasons that only God and the tournament organizers understand, youth, teens and adults over thirty-six were all competing out of the same ring for both traditional and wushu styles. Each style and age group had open hand, short weapon, long weapon and “other” weapon categories, and each was divided by gender. And because they put the old folks, traditional style and weapons all last, I spent just shy of four hours watching the competition before I was finally in it.

At one point I was irritated. At another, my muscles were completely cold. But when the moment of truth arrived, I felt my nerves in my throat for the first ten to fifteen seconds of the form – much too long not to make a mistake because of them, and still banged it out like I love it, because I do. Either the judges didn’t notice the flubs, or they liked the rest of my minute so much‎ that they didn’t care about a spin being too wide and a stance being too high.

I took first place for advanced women over thirty-six and got the highest score of all adults, men included! I’ve said before that I never seem to be able to show my kung fu abilities when it counts, only when it’s me and a mirror. But not today. 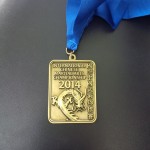 Baker and former journalist. END_OF_DOCUMENT_TOKEN_TO_BE_REPLACED
This entry was posted on Saturday, February 22nd, 2014 at 4:30 pm and tagged with competition, inspirational, lifestyle, martial arts, performance and posted in aging, Humor, sports, Uncategorized. You can follow any responses to this entry through the RSS 2.0 feed.
« Touch Down…
Warmth, Peace & Pleasure »